Silicones have very particular chemical and physical properties, since they differ from most of the polymers used in the industrial, as they do not contain carbon in their base skeleton, as can be seen in Image 1, where their composition is Silicon atoms linked with oxygen atoms, which alternates in periodic units, called siloxane. Then, the molecules formed by several siloxane units are called polysiloxane or silicones.

Image 1: Chemical structure of the SI-O bonds of the Siloxane molecules (1)

Since the silicones were discovered by Frederick S. Kipping in the twentieth century, countless applications have been developed, has been applied in a very widespread way in very diverse sectors of activity ranging from construction, medical applications, lubricants, molds , electronics, defoamers, molds, adhesives, … but what makes these compounds so versatile?

The same chemical structure allows each central silicon atom to be additionally linked with organic groups, molecules called polyorganosiloxanes, such as vinyl (CH2), methyl (CH3), or phenyl (C6H5), so that the general silicone formula could be represented as (R2SiO) x, where R can be any of the varieties of organic groups, as described in Image 2. (1)

Image 2: Representation of the chemical structure of Silicones (1) (m)

This allows it to have special properties, since in one side have an inorganic nature, which gives it stability against heat and cold, as well as its marked chemical resistance. And, on the other side, the plastic properties of silicones, their oily, plastic or resinous constitution and the action of repelling water are due, above all, to their organic part (2).

Silicones are also good elastomers because the main chain is very flexible, the molecules can rotate freely around the bond (as can be seen in image 2) even with the bonded organic compounds. What gives it two important characteristics, the first is that the glass transition temperature, or Tg, is very low.

Tg is the temperature at which the polymer undergoes a drastic change in its physical properties, if it is cooled under this temperature it becomes rigid and brittle. The more easily a polymer can move, the less heat will have to be supplied for the chains begin to contour out of a rigid vitreous state and move to a soft and flexible one. We know that a polymer chain that can be easily mobilized will have a very low Tg, while one that does not move so much will have a high Tg. (3)

The second important feature is that silicones are highly stable and this is because the SI-O bond is highly heat resistant and is not easily attacked with oxygen or ozone. (1)

Depending on the functionality we want to confer to the Polysiloxane, the resulting chains can be linear or branched, of short length of a few units or long up to a few thousand, so the silicone can be liquid, very viscous or solid, as can be seen in the image 3:

This versatility makes them widely used in the industry since they allow it to be used as a material by itself or as part of other materials. For example, silicone oils, very heat stable, are low molecular weight methylsilicones, with a linear, branched or cyclic structure; The silicone rubber is made up of silicones, especially linear ones of high molecular weight. On the other hand, silicone resins, more or less solid and hard, consist of silicones arranged in three-dimensional networks. These two kinds of silicones are especially used in electrical engineering as insulating materials. (4)

The new generations of electronic equipment are getting smaller, but at the same time they have to offer higher speeds and capacity, which leads to a combination of increasingly powerful components and, consequently, hotter, packed in a small area, which can cause damage if heat is not diverted efficiently. (5)

How to dissipate the heat generated by electronic components to ensure safety?

It is here where, given the commented characteristics of silicones, these can be used as heat conductive putties, since being malleable materials allows filling the spaces between components and given if chemical structure allows the cooling effect and at the same time protects the components of moisture and dust which guarantees a longer life of the same. Another advantage is that they can be used on all surfaces whether they are irregular or rough. 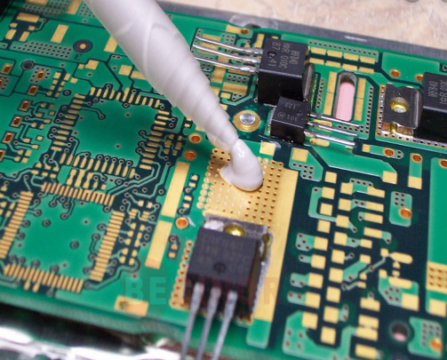 Image 5: Example of the use of silicones in electronic components (4)

So, without knowing it, we can find silicones every day in many of the articles that surround us, and this is where we must ask ourselves the following question:

How safe can silicones be considered?

As we have seen, the chemical structure resulting from the combination with the organic groups determines the physicochemical properties, being products that can only be obtained by synthesis, the possibilities are many, since the result can be of different molecular weight, particle size , form, and this is intrinsically related to safety in its use.

The chemical structure of the compound, as well as the particle size, must be taken into account in the safety assessment of the use of siloxanes. These two factors determine the physicochemical properties (for example, solubility, lipophilicity, log P, volatility), which are strictly correlated with the ability to interact with the human organism. (4)

In terms of safety, it can be said that the particle size plays a very important role, in very specific cases if the silicone is of very small particle size there is the possibility of overcoming the biological membranes and skin barriers and penetrating through the layers of the skin. The least safe are cyclic siloxanes and linear low molecular weight siloxanes. (4)

The global silicone industry and independent scientists has studied in detail the impact of silicone products on the environment and human health. Countries such as Canada have carried out regulatory evaluations that support the safe use of silicone materials in a wide variety of applications (6):

In addition to Canada, in the EU we have the following information on Siloxanes D4, D5 and D6 (7):

SVHC is a term used in Europe under EU REACH regulations to list substances that meet certain criteria. In the case of D4, D5 and D6, the EU has decided to include these substances due to existing or planned environmental properties (PBT and / or vPvB properties).

Within the EU different studies document under scientific evidence that silicones behave differently in the environment than is predicted under the PBT and vPvB criteria, Although, as we have seen previously, countries like Canada, and also Australia, have not found reasons to impose any type of restrictions on D4, D5 and D6.

The United States is also considering a D4 assessment and has worked in collaboration with the industry to produce more evidence data. Initial risk assessments have not shown significant risks to the environment.

An SVHC list does not prohibit or restrict the use of silicone polymers, as D4, D5 or D6. Substances on the SVHC candidate list may, but are not required to be, subject to future authorization under EU REACH regulations.

What are the effects of silicone on nature? (8)

Because silicone polymers (PDMS) are so insoluble in water, they melt in the form of mud, which is then destroyed by incineration, buried in a landfill, or scattered in forests and agricultural fields as fertilizer. This latest removal technique allows the PDMS to enter the ground.

In the soil, the PDMS polymer can hydrolyze to small water-soluble siloxanes, the final product is a monomeric dimethylsilanediol (DMSD). Since the Si-O bond is susceptible to hydrolysis and the attack of acids and bases. This hydrolysis is probably abiotic, as it can take months or years in moist soil, but only days as the soil dries.

The general reaction of silicone polymers is:

Some experiments suggest that when PDMS comes into contact with the soil as a component of the mud, it disperses at low concentrations in the minerals in the soil. Some laboratory studies show the hydrolysis of the polymer followed by biodegradation and / or volatilization of the monomer to natural components (CO2 and inorganic silicate).

An apparent contradiction with the degradation of silicones in nature is that these polymers are used for many outdoor applications due to their high temperature stability and resistance to UV and O3 exposure.

This allows the PDMS to contact the catalysts necessary to begin depolymerization, which ultimately leads to its complete conversion into natural components.

Silicone is still a waste that needs proper treatment at the end of its life, however, it is safer for the environment if compared to plastics, since high quality silicone is inert and if it is incinerated In waste treatment plants it does not release dangerous toxic gases, silicone only releases silica, carbon dioxide and water vapor. 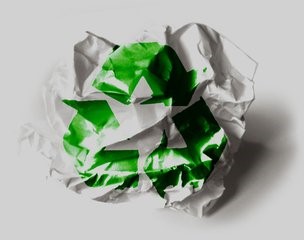 The use of silicones, siloxanes and silanes generates energy savings and reductions in greenhouse gas emissions that exceed the impacts of production and end-of-life disposal by a factor of 9. (7)

A study, commissioned by the GSC (Global Silicone Council) of the Denkstatt sustainable development research firm in Austria, in association with DEKRA, a German testing and certification company evaluated greenhouse gas emissions and the effects of reducing emissions related to the manufacture, use and management of waste products based on silicon chemistry in Europe, North America and Japan. The study found that silicone chemistry products in the three regions allow net reductions in CO2 emissions of approximately 52 million tons per year.”(7)

Nowadays, we can say that silicones are clearly a less toxic material than many other options in the market. We hope that with the greatest use due to new applications in the industries, in the future we can have additional tests to answer all the questions related to the safety of the silicones. 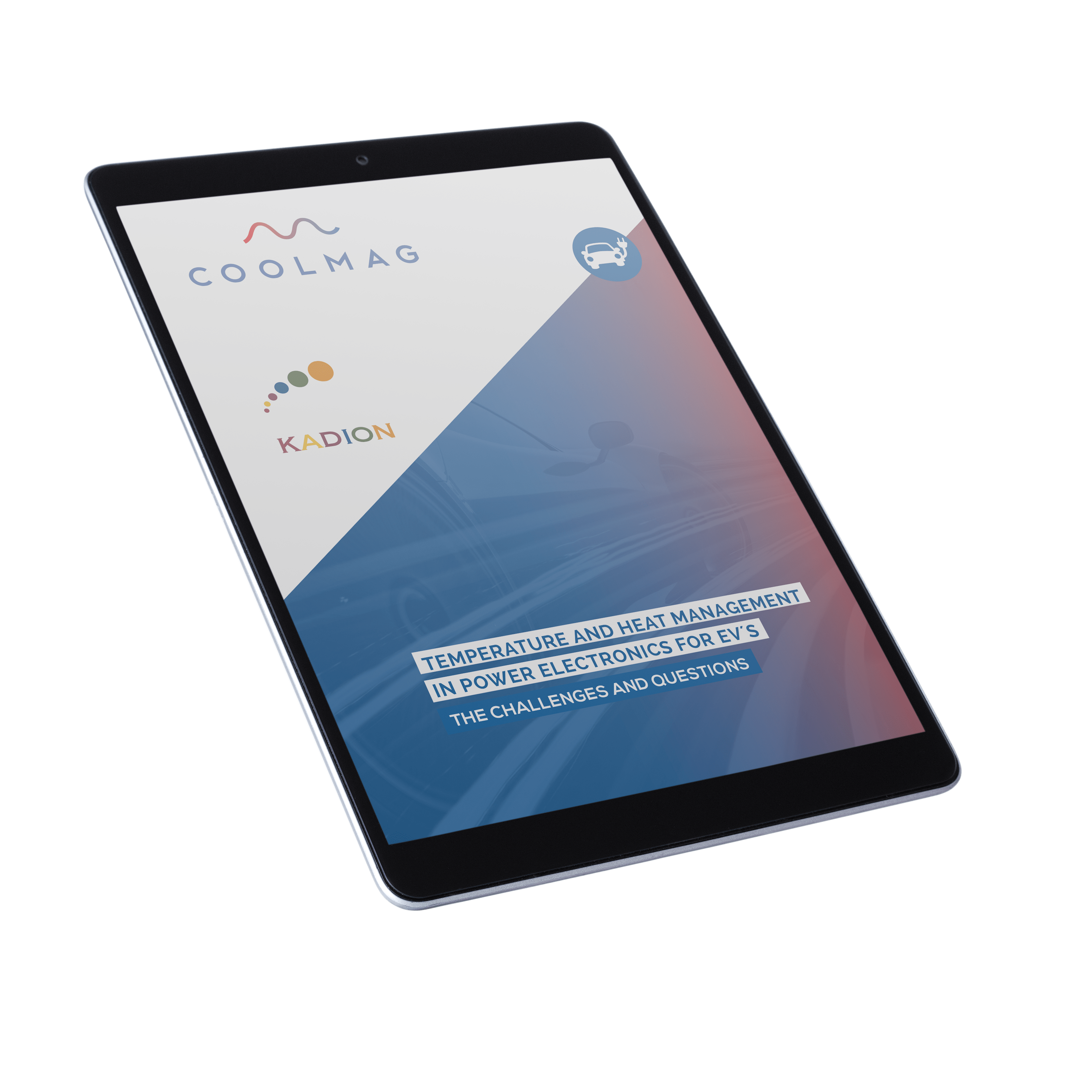 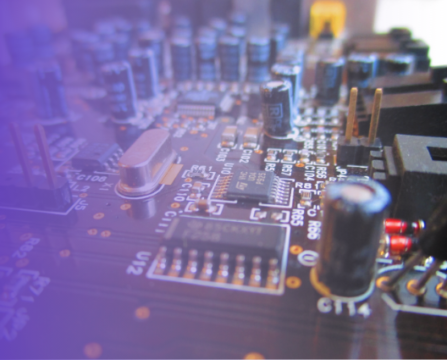 Thermal properties Heat flows across temperature differences. There are three modes of heat transfer: conduction, radiation, and convection. Conduction and radiation are fundamental physical mechanisms, while convection is really conduction as affected by fluid flow. Conduction is an exchange of energy by direct interaction between molecules of a substance containing temperature differences. … 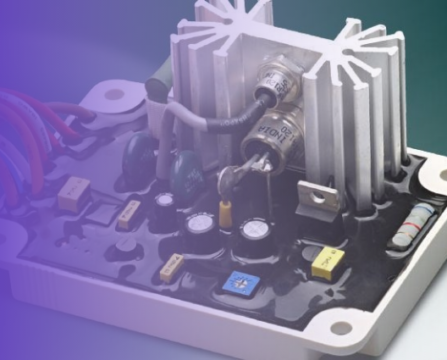 Request this Easy-to-use Kit to test CoolMag's thermal compound and prove how well it protects your power electronic components from overheating. The kit includes:

Get in touch with us